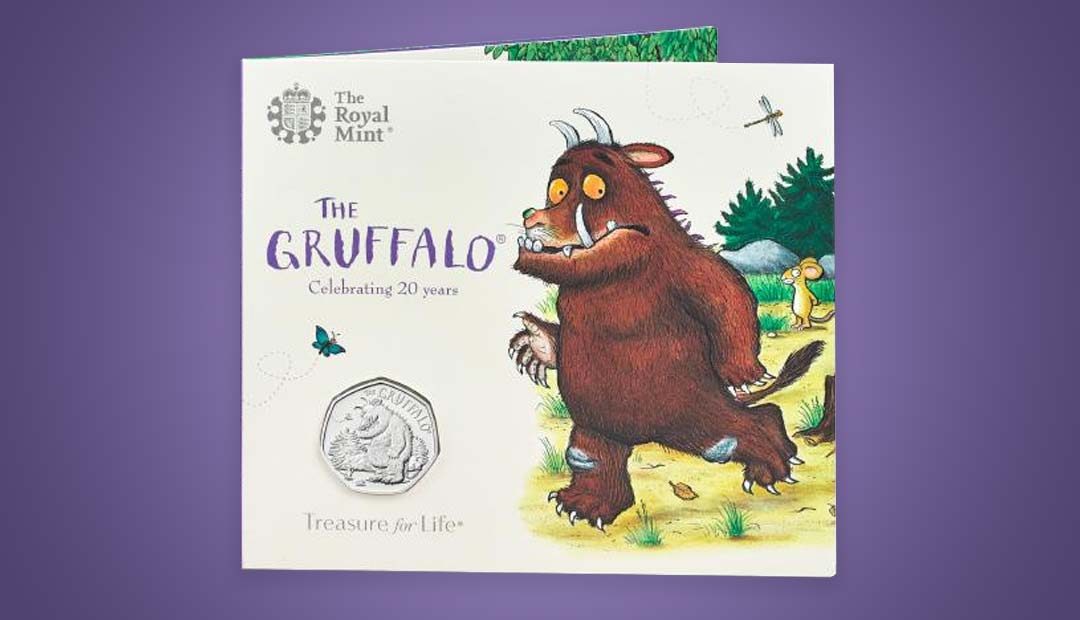 On 23rd March 2019 Julia Donaldson’s much-loved children’s book, The Gruffalo, celebrated its 20th anniversary. To mark the occasion a UK 50p was released featuring the creature.

Now, the anniversary celebrations continue, and a brand new UK 50p has been authorised for release. The new coin features The Gruffalo alongside the book’s main character – Mouse.

Since its publication in 1999, The Gruffalo, has become a firm family favourite and is beloved by families across the world. In 2009 it was voted the UK’s favourite bedtime story and has become a modern classic.

Struck by The Royal Mint to a pristine Brilliant Uncirculated finish, the reverse design by Magic Light Pictures, depicts The Gruffalo and Mouse.

The obverse features the fifth definitive portrait of Her Majesty Queen Elizabeth II by Jody Clark.

Please be aware that The Draw prizes will only be shipped to a UK postal address
I understand, continue
We use cookies to improve your experience. Read our privacy policy for more information about how we use cookies.OK, got it