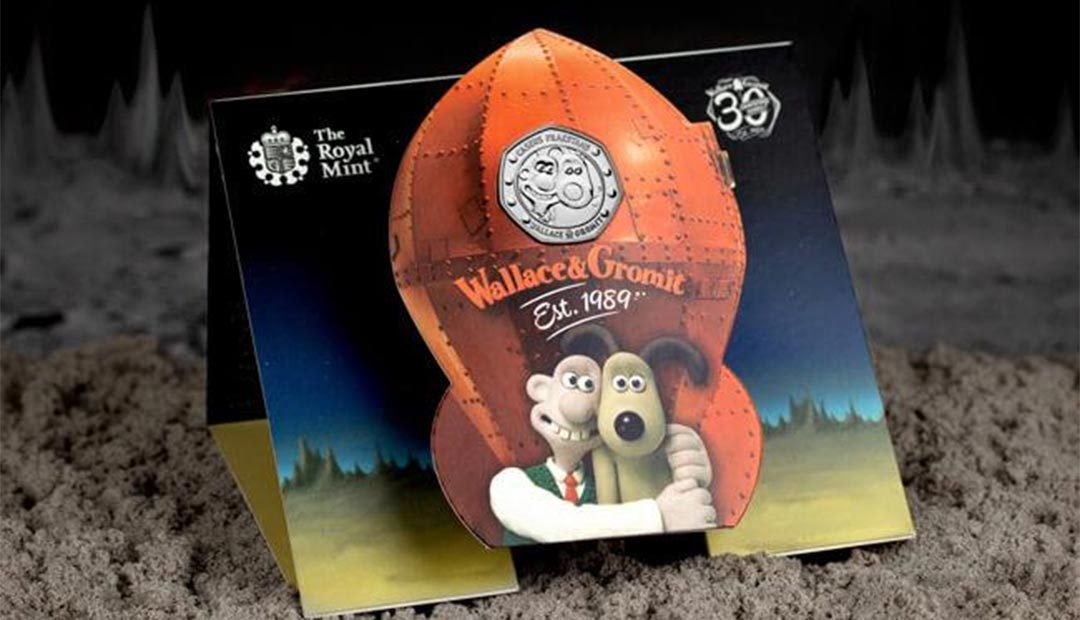 On 4th November the iconic stop-motion duo Wallace and Gromit will be celebrating the 30th anniversary of their silver screen debut in A Grand Day Out. And to mark the occasion a brand new UK 50p coin has been authorised for release.

On the reverse you’ll find Wallace and Gromit smiling from the window of the rocket they use in A Grand Day Out to fly to the moon in search of cheese. Their love of cheese is even captured in Latin above the window: ‘CASEUS PRAESTANS’, meaning ‘cracking cheese’.

What’s more, the design is by the creator of Wallace and Gromit – Nick Park himself! The obverse features the fifth definitive portrait of Her Majesty Queen Elizabeth II by Jody Clark.

Struck by The Royal Mint to a pristine Brilliant Uncirculated finish, your coin will arrive in its official Royal Mint presentation pack, which has been designed to seem as if Wallace and Gromit are blasting off into space.

The rocket, containing your coin moves, and attaches to the pop-out BU pack by a hidden magnet.

Please be aware that The Draw prizes will only be shipped to a UK postal address
I understand, continue
We use cookies to improve your experience. Read our privacy policy for more information about how we use cookies.OK, got it