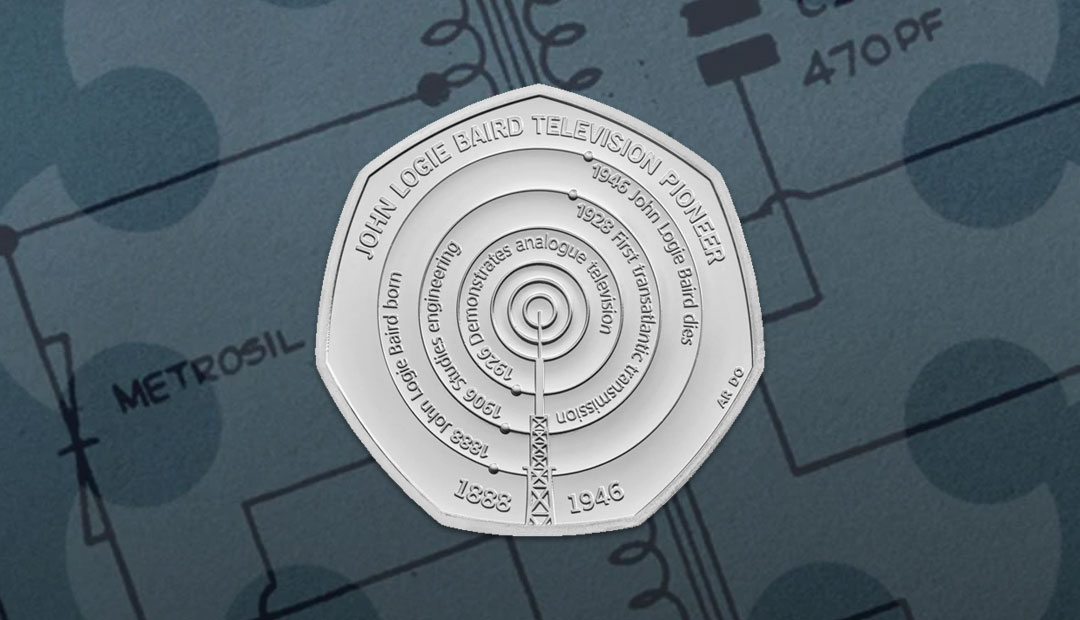 Nicknamed ‘The Father of Television’ John Logie Baird is undoubtedly one of the most significant inventors of the 20th century, and his work to develop the first functioning television revolutionised society.

And now his life and legacy is honoured on a brand new UK 50p coin, as this year marks the 75th anniversary of his death.

This is the third coin in The Royal Mint’s hugely popular Innovation in Science 50p series, following in the footsteps of Stephen Hawking and Rosalind Franklin.

The reverse design by Osborne Ross is a representation of Baird’s engineering legacy. A television mast can be seen transmitting from the centre of the coin, with a significant milestone in Baird’s life and work noted at each signal.

This coin has been struck to Brilliant Uncirculated quality, so you know it will be free from any of the marks or blemishes you would find on coins in your change.

What’s more, it comes beautifully presented in stylish packaging from The Royal Mint